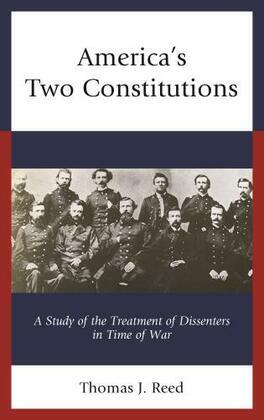 America’s Two Constitutions explores the history of the treatment of dissenters in time of war, beginning with the treatment of Tories during the Revolution, followed by description and analysis of the Lincoln administration’s treatment of disloyal persons during the Civil War, President Wilson’s organized plan to curb anti-war, anti-draft groups including the Socialist party during World War I, President Roosevelt’s handling of the Japanese internment program and trial of U.S. citizens by military commission during World War II, the cold war campaign against Communists in government and in the entertainment field, the FBI spying program COINTELL and other means to curb draft resisters and anti-war groups during the Viet Nam war followed by a chapter on the post 9-11 treatment of suspected terrorists including surreptitious interception of electronic traffic and trial of U.S. citizens and foreign nationals by military commission. The final chapter concludes that the United States has two constitutions: the written constitution in peacetime and a special unwritten constitution in time of war or national emergency.