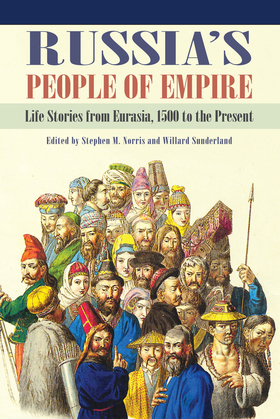 Russia's People of Empire: Life Stories from Eurasia, 1500 to the Present

A fundamental dimension of the Russian historical experience has been the diversity of its people and cultures, religions and languages, landscapes and economies. For six centuries this diversity was contained within the sprawling territories of the Russian Empire and the Soviet Union, and it persists today in the entwined states and societies of the former USSR. Russia's People of Empire explores this enduring multicultural world through life stories of 31 individuals-famous and obscure, high born and low, men and women-that illuminate the cross-cultural exchanges at work from the late 1500s to post-Soviet Russia. Working on the scale of a single life, these microhistories shed new light on the multicultural character of the Russian Empire, which both shaped individuals' lives and in turn was shaped by them.