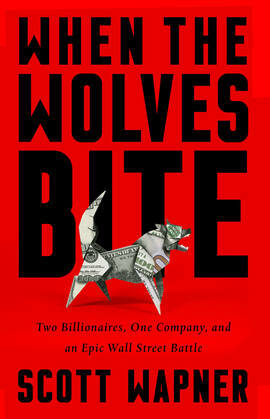 The inside story of the clash of two of Wall Street's biggest, richest, toughest, most aggressive players--Carl Icahn and Bill Ackman--and the little company caught in the middle.

With their unprecedented amounts of capital and their savvy understanding of business, activist investors Carl Icahn and Bill Ackman have the ability to move markets and change the fortunes of investors, workers, and even large companies with the flick of a wrist. But what happens when they run into the one thing in business they can't control: each other?

On January 25, 2013, Scott Wapner, the host of CNBC's The Halftime Report, found out firsthand. Ackman and Icahn engaged in an uninterrupted, twenty-seven-minute televised war of accusations and insults over a company called Herbalife, on which they had opposing views--and opposing financial bets. The story quickly went viral and was called "the best business television ever" by Jim Cramer.

It was far from the beginning, and even farther from the end. Their feud became a years-long saga, complete with shifting allegiances, lawsuits, and financial roller coaster rides. For this book, Wapner has gained unprecedented access to all the players and unravels this remarkable war of egos, showing the extreme measures the participants were willing to take. The result is both a rollicking business story and a cautionary tale about the power that, ten years after the financial crisis, still lives in the hands of a precious few.