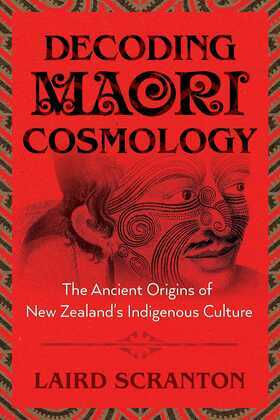 • Demonstrates parallels between the Maori cosmological tradition and those of ancient Egypt, China, India, Scotland, and the Dogon of Mali in Africa

• Explores the pygmy tradition associated with Maori cosmology, which shares elements of the Little People mythology of Ireland, including matching mound structures and common folk traditions

It is generally accepted that the Maori people arrived in New Zealand quite recently, sometime after 1200 AD. However, new evidence suggests that their culture is most likely centuries older with roots that can be traced back to the archaic Göbekli Tepe site in Turkey, built around 10,000 BC.
Extending his global cosmology comparisons to New Zealand, Laird Scranton shows how the same cosmological concepts and linguistic roots that began at Göbekli Tepe are also evident in Maori culture and language. These are the same elements that underlie Dogon, ancient Egyptian, and ancient Chinese cosmologies as well as the Sakti Cult of India (a precursor to Vedic, Buddhist, and Hindu traditions) and the Neolithic culture of Orkney Island in northern Scotland. While the cultural and linguistic roots of the Maori are distinctly Polynesian, the author shows how the cosmology in New Zealand was sheltered from outside influences and likely reflects ancient sources better than other Polynesian cultures. In addition to shared creation concepts, he details a multitude of strikingly similar word pronunciations and meanings, shared by Maori language and the Dogon and Egyptian languages, as well as likely connections to various Biblical terms and traditions. He discusses the Maori use of standing stones to denote spiritual spaces and sanctuaries and how their esoteric mystery schools are housed in structures architecturally similar to those commonly found in Ireland. He discusses the symbolism of the Seven Mythic Canoes of the Maori and uncovers symbolic aspects of the elephant-headed Hindu god Ganesha in Maori cosmology.

The author also explores the outwardly similar pygmy traditions of Ireland and New Zealand, characterized by matching fairy mound constructions and mythic references in both regions. He reveals how the trail of a group of Little People who vanished from Orkney Island in ancient times might be traced first to Scotland, Ireland, and England and then on to New Zealand, accompanied by signature elements of the global cosmology first seen at Gobekli Tepe.