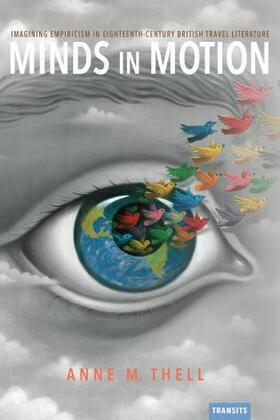 The central claim of Minds in Motion is that British travel writing of the long eighteenth century functions as an epistemological playing field where authors test empiricist models of engagement with the world while simultaneously seeking out the role of the self and the imagination in producing knowledge. Whether exploring the relationship between the senses and the mind, the narrative viability of experimental detachment, or the literary dynamics of virtual witnessing, eighteenth-century travel authors persistently confront their positionality and raise difficult questions about the nature and value of first-hand experience. In one way or another, they also complicate empiricist ideals by exploring the limits of individual perception and the role of the imagination in generating and relating knowledge. While the genre is often viewed as either numbingly documentary or non-literary and commercial, travel literature actually operates at the front line of the period’s intellectual developments, illustrating both how individual writers grapple with philosophical ideals and how these ideals filter into the lives of ordinary people. Indeed, travel literature directly engages the scientific and philosophical concerns of the period, while it is also widely, avidly read; as such, it offers models for cognitive and rhetorical practices that are evaluated and either embraced or rejected by readers (in a process of identification not unlike that which occurs in early English fiction). Moreover, because eighteenth-century travel literature is so crucial to the development of so many fields—from botany to the novel—it illustrates vividly the divisive energies of discipline and genre formation while also archiving the shared aims and methods of what will become discrete fields of study. Travelogues as diverse as Margaret Cavendish’s Blazing World (1666) and Samuel Johnson’s Journey to the Western Islands of Scotland (1775) reveal the epistemological circuitry of the eighteenth century and historicize the absorption of the philosophical tendencies that have come to define modernity.