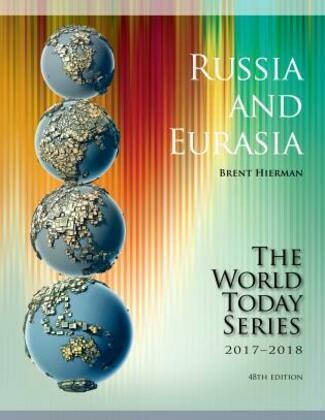 Published and updated annually, Russia and Eurasia deals with the twelve independent republics that became members of the Commonwealth of Independent States following the collapse of the Soviet Union in December 1992. The text focuses strongly on recent economic and political developments with shorter sections dealing with foreign policy, the military, religion, education, and specific cultural elements that help to define each republic and differentiate one from the other. Approximately one-third of the book is devoted to Russia, but also includes sections on Ukraine, Belarus, Moldova, Armenia, Azerbaijan, Georgia, Kazakhstan, Kyrgyzstan, Tajikistan, Turkmenistan, and Uzbekistan. How the Commonwealth of Independent States came into being and how it has evolved since 1992 is also discussed. The combination of factual accuracy and up-to-date detail along with its informed projections make this an outstanding resource for researchers, practitioners in international development, media professionals, government officials, potential investors and students.