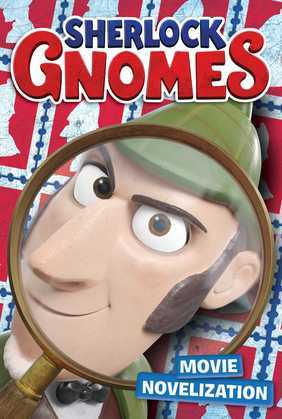 Garden gnomes Gnomeo & Juliet recruit renowned detective Sherlock Gnomes to investigate the mysterious disappearance of other garden ornaments in this movie novelization that’s based on the upcoming film, Sherlock Gnomes and features an eight-page color insert with images from the film!

When Gnomeo and Juliet notice that a bunch of garden ornaments have gone missing, they know there’s only one gnome to turn to: the brilliant detective Sherlock Gnomes! Despite his gruff personality, they know there is no one better to solve a mystery. Young fans of the film can relive the fun with this hilarious novelization!