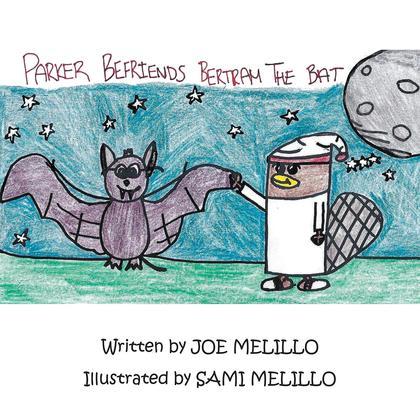 Parker Befriends Bertram The Bat is the third book in the Parker The Platypus series. As a platypus, Parker found it very hard to fit in the animal kingdom, but learned how to make friends, and uses his skills to help other animals deal with their fears in making friends. Bertram is a bat who comes to need glasses, and doesn't want to wear them at first, but learns he needs them to be able to see. However, his fear of the other animals making fun of his new glasses comes true, and they won't let him play with them because of his bad vision. Parker plays with Bertram while the other animals go off on their own, but then the other animals learn that their own vision might not serve them well while exploring a dark cave!!