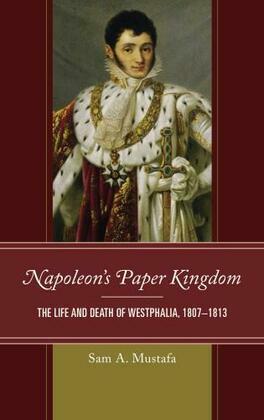 Placing the creation of Westphalia within the context of the larger German story of the Napoleonic Wars, this groundbreaking book offers the only complete history of Napoleon’s grand experiment to construct a model state in Germany. In 1807, in the wake of two years of victories over the Austrians, Prussians, and Russians, Napoleon redrew the map of central Europe by fashioning a new German state. Dubbing it the Kingdom of Westphalia, he appointed his 23-year-old brother Jerome as its king. Sam A. Mustafa shows how Westphalia became a proving ground for the allegedly liberating and modern concepts of the French Revolution, brought by foreign conquest and enforced by a powerful new centralized state. Over the next six years, the inhabitants of this region experienced fundamental and often jarring changes in almost every aspect of their lives. They witnessed a profound clash of French and German culture, as well as new ideas about law, nationality, and politics. And yet, for all of its promise on paper, Westphalia ended up despised by most of its people, who cheered at its collapse and in many cases helped to bring it down. What went wrong with this early example of what we would today call “nation building” and how did Germans react to the changes? Napoleon’s Paper Kingdom is the first book in the English language to provide a comprehensive investigation of this fascinating chapter of the Napoleonic Wars.