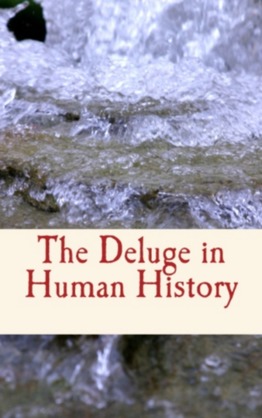 The Deluge in Human History

This book deals with the stories of the deluge found in history and literatures. Deluge is the name given to a submersion of the world, related by various nations as having taken place in a primitive age, and in which nearly all living beings are said to have perished. The expression usually refers to Noah's flood, the history of which is recorded in the Bible. The Biblical narrative shows that so far as the human race was concerned the Deluge was universal; that it swept away all men living except Noah and his family, who were preserved in the ark; and that the present human race is descended from those who were thus preserved. But traditions of the Deluge are found among all the great divisions of the human family...