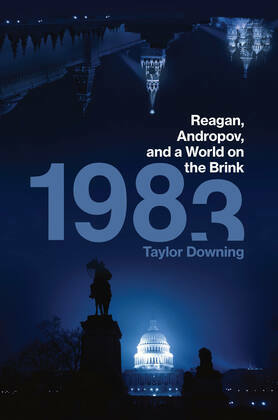 The riveting untold story of the world on the brink of nuclear war, all over a misunderstanding between the US and the Soviet Union about a wargames exercise

1983 was a dangerous year. During these latter days of the Cold War, tensions were no less taut between its two key players than they were at the conflict's inception. The United States was becoming increasingly aggressive in its stance towards the Soviet Union, and both sides were drafting countless plans in order to both attack and defend against their adversary. When the US decided to initiate a wargames exercise, the USSR, having previously formulated a strategy to launch an attack under cover of just such an exercise, assumed their rival was trying to best them at their own game. This misinterpretation by the Soviets led to a year-long tennis match of the two superpowers ratcheting up their readiness for the conflict that both sides felt was inevitable. The fingers of their respective leaders inched ever closer to their nuclear triggers, and the world inched ever closer to the brink of annihilation.

Historian Taylor Downing, utilizing newly declassified documents and numerous interviews with players on both sides of the ordeal, reveals an extraordinary and little-known Cold War story that reads much like a thriller and is all the more frightening for it. Now with an aggressive regime in Moscow led by an ex-KGB agent, a new administration in the White House, and the prospect of a new Cold War very much a reality, this is the time to tell the story of a world on the precipice of great disaster, and the even greater story of how it fought its way back from the edge.