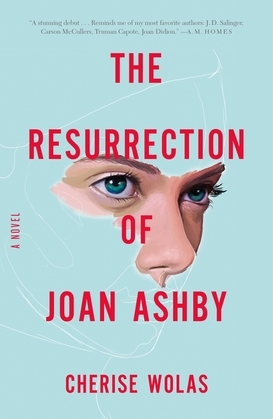 The Resurrection of Joan Ashby

I viewed the consumptive nature of love as a threat to serious women. But the wonderful man I just married believes as I do?work is paramount, absolutely no children?and now love seems to me quite marvelous.

These words are spoken to a rapturous audience by Joan Ashby, a brilliant and intense literary sensation acclaimed for her explosively dark and singular stories.

When Joan finds herself unexpectedly pregnant, she is stunned by Martin?s delight, his instant betrayal of their pact. She makes a fateful, selfless decision then, to embrace her unintentional family.

Challenged by raising two precocious sons, it is decades before she finally completes her masterpiece novel. Poised to reclaim the spotlight, to resume the intended life she gave up for love, a betrayal of Shakespearean proportion forces her to question every choice she has made.

Epic, propulsive, incredibly ambitious, and dazzlingly written, The Resurrection of Joan Ashby is a story about sacrifice and motherhood, the burdens of expectation and genius. Cherise Wolas?s gorgeous debut introduces an indelible heroine candid about her struggles and unapologetic in her ambition.