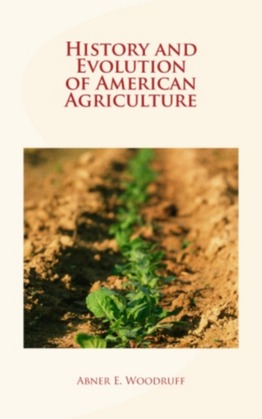 History and Evolution of American Agriculture

pThis book deals with the evolution of American agriculture, the effect of machinery both upon production and rural population; and the last chapter attempt to show the development of a distinctly proletarian class upon the farms. br/"Five periods mark the agricultural history of the United States since the advent of the white man. The first or Colonial period extends to the end of the Revolutionary War and records but slight technical advances in the art of agriculture... br/The second period, from 1783 to 1830, saw a rapid spread of the agricultural population across the mountains into the Ohio, Cumberland and Tennessee Valleys and even beyond the Mississippi to the edge of the great plains. A public land policy was adopted by the Federal Government, cotton became the dominant agricultural product of the South and made slavery a paying and therefore a characteristically Southern institution, and the first efforts to apply science to agriculture were made. During this period, as in the first one, agriculture was practically self-sufficing, though in the South the specialization on cotton caused a considerable dependence on other regions for supplies that otherwise would have been produced at home. br/In the third period, from 1830 to 1865, occurred an almost complete transformation of agriculture. The rapid rise of the factory system in the North, due to the use of steam and a flood of labor saving inventions with a consequent transfer of home industries into the shops, the invention of agricultural machinery such as the reaper, mower, thresher, etc., the extension of the railway system and the development of the prairie states caused an era of specialization which transferred agriculture into the commercial stage. Crops were now grown primarily for the market and incidentally for the use of the farmer and his family, a reversal of the former process... br/The fourth period was the era of expansion into the Far West (1865–1887), and was remarkably stimulated by the Homestead Acts of 1862 and 1864, the disbanding of the Armies of the Civil War, the transformation of Southern farming due to the abolition of slavery, the invention of the twine binder and the roller process of milling flour, the extension of the railroads to the Pacific Coast, the greater extention of the interior railway systems, the development of the cattle ranches of the West after the extinction of the buffalo and the cooping up of the Indians on the reservations, and a new flood of immigration from European ports. Manufacture experienced an equal expansion at this time and more of the home industries were transferred from the farm to the factory and the shop. br/The fifth period, which began in 1887, is now practically completed by the establishment of the Rural Credit or Land Bank system throughout the country. This period has been an era of agricultural reorganization..."/p
p /p