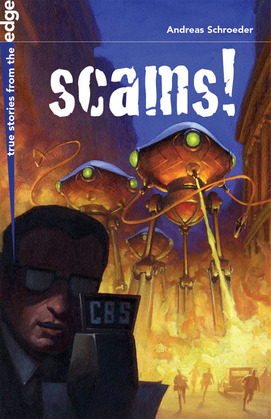 SCAMS! reveals 10 true tales of trickery that will mesmerize young readers. They will discover how the Germans planned to destroy the British economy during World War II by flooding the world with millions of fake British bank-notes.

Readers of any age will be enthralled by these stories of trickery exposed, where the strange twists and turns truly test the limits of credulity.