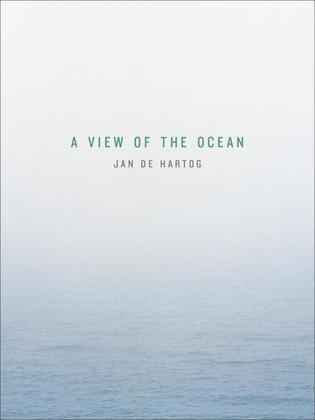 A View of the Ocean

The internationally best-selling novelist, playwright Jan de Hartog, author of The Captain and The Peaceable Kingdom, moves and inspires us with this simple, elegant story of his mother and himself.

She was a quiet, unassuming woman married to a giant of a man, a famous Protestant theologian and pastor, simple, bighearted and big-muscled, who moved through life with gusto and the commotion of a wagon train and who, but for God, might have become a pirate or a general. He adored his wife and didn’t like anyone else around to claim her attention. Their sons saw him as a monster of egocentricity, a tyrant, a blustering bully; to her he was a sensitive, shy, helpless man with a mission. She believed in him from the moment they met, and under the wings of her faith in him as a philosopher, he became one.

During their thirty years of marriage this woman’s only concern was to enable her husband to hearken to “the voice of God.”

After his death she discovered somewhere deep inside a core of drop-forged steel. She rose to the challenge of widowhood and, continuing his work, took his place in the world. The full splendor of this tiny, frail woman’s character, intelligence, and courage became evident during her World War II internment in a Japanese camp in the Dutch East Indies, when she managed to arrange a cease-fire between the Dutch Army and Indonesian guerillas.

After her release from prison camp, she returned to Amsterdam, and resumed her simple life, offering spiritual advice to those seeking solace. Finally, she was faced with the ultimate test of her spirit: a diagnosis of a cancer too far advanced for treatment.

De Hartog tells us how his mother’s blazing courage through it all inspired his own spiritual awakening as he found, in her final months, the strength, the power, and the acceptance to see her through to the end.


From the Hardcover edition.