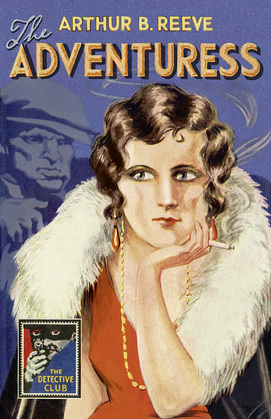 by Arthur B. Reeve (Author)
Fiction Mystery & detective Classics
EPUB
26 loans, One at a time
Details

Marking 100 years since publication, The Adventuress was the first full-length novel to feature ‘scientific detective’ Craig Kennedy, who was dubbed ‘the American Sherlock Holmes’ and the first fictional detective to use forensic science.

Who killed Marshall Maddox of Maddox Munitions, Inc., the inventors of the top secret telautomaton? Was his death retribution for a double life, or was it due to the covetousness of some schemer? Even Craig Kennedy is challenged by the diabolical scientific inventiveness and ruthlessness at the centre of the crime – and by Paquita, the mysterious adventuress . . .

Arthur B. Reeve (1880-1936) was a New York author and criminologist whose creation, the scientific detective Craig Kennedy, became famous as ‘the American Sherlock Holmes’. Reeve’s cutting-edge stories, newspaper serials and movies about Craig Kennedy made him the most popular detective writer of the era, and The Adventuress was his first full-length novel for Harper & Brothers, published in 1917 as part of the company’s centenary year celebrations.

This Detective Club classic is introduced by publisher David Brawn, who examines the rise and fall of Arthur B. Reeve, whose bestselling fiction was credited as introducing forensic science to real police work, yet 100 years later has been all but forgotten.