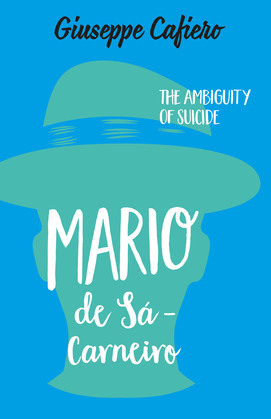 The apparent suicide in 1916 of the writer Mário de Sá-Carneiro causes his friend, the poet Fernando Pessoa, great distress. Pessoa feels compelled to trace Sá-Carneiro's final movements, to understand what could have caused him to lose all hope.
Exploring byways of the imagination and ambiguity with the investigator David Mondine and Dr. Abílio Fernandes Quaresma, solver of enigmas, the three men decide to uncover the conclusive certainties which led Mário to poison himself.
These suicide investigators travel to Lisbon - Mário's birthplace - and to Paris, talking to strangers and friends who might shed light on the poet's mysterious and sudden decline. As the city wrestles with the grief and tumult of war, the men hold court at the cafes and bistros Mário would have frequented. Their witty, enigmatic and sometimes obscure conversations illuminate the friendship between Mário and Fernando Pessoa, their poetry and their literary ambitions, revealing the tragic end of one of the founders of Portuguese modernism.