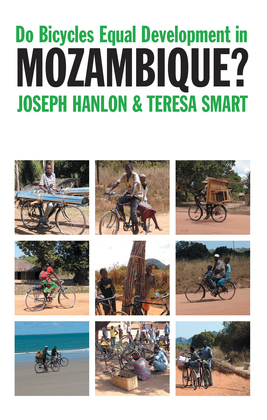 Do Bicycles Equal Development in Mozambique?

Is Mozambique an African success story?
It has 7 percent a year growth rate and substantial foreign investment. Fifteen years after the war of destabilisation, the peace has held. Mozambique is the donors' model pupil, carefully following their prescriptions and receiving more than a billion dollars a year in aid. The number of bicycles has doubled and this is often cited as the symbol of development.
In this book the authors challenge some key assumptions of both the donors and the government and ask questions such as whether there has been too much stress on the Millennium Development Goals and too little support for economic development; if it makes sense to target the poorest of the poor, or would it be better to target those who create the jobs which will employ the poor; whether there has been too much emphasis on foreign investment and too little on developing domestic capital; and if the private sector really will end poverty, or must there be a stronger role for thestate in the economy?
This book is about more than Mozambique. Mozambique is an apparent success story that is used to justify the present 'post-Washington consensus' development model. Here, the case of Mozambique is situated within the broader development debate.

Joseph Hanlon is Senior Lecturer at the Open University and the author of Beggar Your Neighbours; Mozambique: Who Calls the Shots?; and Peace without Profit (all published by James Currey) which have all made influential interventions in the development debate; Teresa Smart is Director of the London Mathematics Centre, Institute of Education.