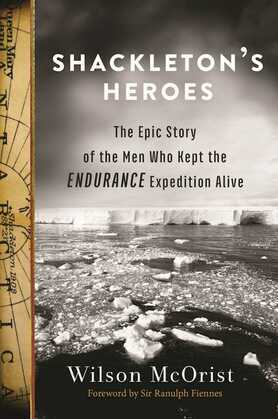 The Unbelievable Story of Six Men Who Trekked Across the Great Ice Barrier in Support of Ernest Shackleton?s Antarctic Expedition

One hundred years ago, Sir Ernest Shackleton embarked on the legendary 19141917 Imperial Trans-Antarctic Expedition, defying the odds and accomplishing one of history?s most remarkable feats of endurance while narrowly escaping death, even though his crew failed in their mission to cross Antarctica. His story, inflated by time and celebrity, has come to personify the Heroic Age of Antarctic Exploration.

Less well known, however, is the incredible but often forgotten tale of the Mount Hope Party (also known as the Ross Sea party)six men who worked in the shadow of Shackleton?s greater cause. Sent to the opposite side of the Polar continent, these men dropped life-saving food and fuel depots across the Great Ice Barrier, ensuring that Shackleton had the supplies necessary to complete his mission. Unaware of Shackleton?s own failed task, the party persevered in their mission, facing insurmountable obstacles of life on the iceexhaustion, starvation, and crippling frostbiterisking their lives for the safety of his.

Stitching together the previously unpublished diaries of these unsung heroes, McOrist documents their pain and suffering, as well as the humor and camaraderie necessary for their survival. An incomparable record of sheer heroism and tragedy, Shackleton?s Heroes tells a story that history ought to rememberone of the indomitable human spirit in the most extreme conditions.