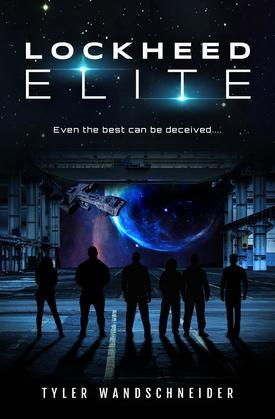 Working to pay off a blackmailer who has learned that a certain genius mechanic isn’t as dead as he was made out to be, Anders Lockheed takes his team on their biggest salvage op yet.

Unfortunately, Anders has hired an undercover military operative bent on using them as bait to draw out a mastermind who has been attacking the public with deadly mechs.

While on the scav op, things go from bad to worse as the crew of Elite One recover an abandoned woman aboard the claim. Now Anders must decide quickly—stay and fight or cut cables and run.

Either way, it’s too late. Someone has other plans for them. The trap has been set, they’ve rescued the woman and taken the bait, and before long Anders and what’s left of his dwindling crew must navigate with caution through the grips of the military and an especially vile outlaw.

But Anders doesn’t captain just another team flying the black. With a genius mechanic who uses his ragtag high-tech machine shop to aid them in getting in and out of trouble, they’ve earned a reputation as the best of the best. With Anders’s careful planning, this motley crew must band together and flip the military to use them on a monster heist and dig themselves out from the heat pressing in from both sides of the law.

Fly with them. They are clever, they are fierce, they are Lockheed Elite.