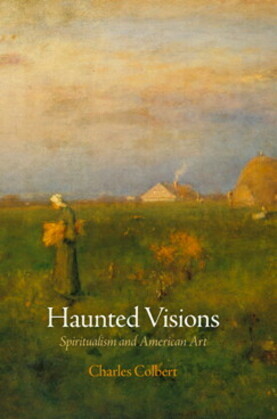 Spiritualism emerged in western New York in 1848 and soon achieved a wide following due to its claim that the living could commune with the dead. In Haunted Visions: Spiritualism and American Art, Charles Colbert focuses on the ways Spiritualism imbued the making and viewing of art with religious meaning and, in doing so, draws fascinating connections between art and faith in the Victorian age.

Examining the work of such well-known American artists as James Abbott McNeill Whistler, William Sydney Mount, and Robert Henri, Colbert demonstrates that Spiritualism played a critical role in the evolution of modern attitudes toward creativity. He argues that Spiritualism made a singular contribution to the sanctification of art that occurred in the latter half of the nineteenth century. The faith maintained that spiritual energies could reside in objects, and thus works of art could be appreciated not only for what they illustrated but also as vessels of the psychic vibrations their creators impressed into them. Such beliefs sanctified both the making and collecting of art in an era when Darwinism and Positivism were increasingly disenchanting the world and the efforts to represent it. In this context, Spiritualism endowed the artist's profession with the prestige of a religious calling; in doing so, it sought not to replace religion with art, but to make art a site where religion happened.