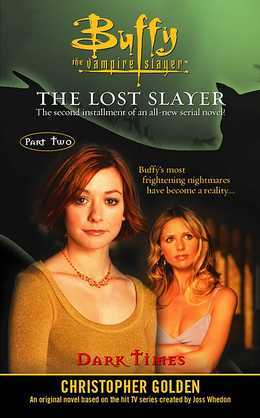 Consequences
Sunnydale has always been a haven for creatures of the underworld. But when Buffy Summers awakes in a possible future, she is stunned to discover that Southern California has fallen under vampire rule. Buffy learns that her Slayerettes have already rallied together against the new order. But they're different now: Willow is a full-fledged sorceress, Xander a battle-scarred, humorless man, and Oz a frightening split personality. Almost more shocking is that Faith's gone, and a new Slayer has been called in her stead. Buffy's astonished at the terrifying alternate reality for which only she herself is to blame.
Back in the present, Buffy's friends can't figure out why the Slayer is behaving so strangely. They don't realize that the Prophet has inhabited her body. Either they're going to have to bring their friend back or Buffy herself, still trapped in the future, will have to find her own way home -- but not before confronting her worst nightmare....
To be continued...