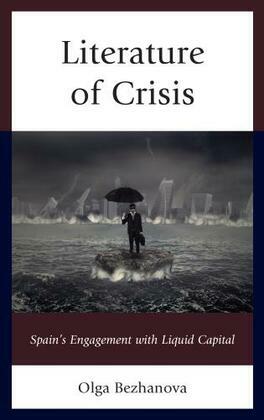 The book explores novels, essays and poetry published by Spanish writers in response to the global economic crisis that began in 2008. Spain has been experiencing the crisis in a particularly painful way, and the artistic response to these traumatic events has been powerful and abundant. The literature of the crisis is pointing to the probability that the crisis is not a temporary problem that will be resolved once and for all if correct economic measures are taken. To the contrary, there is every reason to believe that the losses in long-term employment, the growing precariousness of work, the increased economic insecurity, the citizens' disillusionment with the capacity of democratic governments to withstand the pressures of global capital, the erosion of the welfare state, and the explosive growth in inequality that we associate with the crisis are not likely to be reversed. Spanish artists are exploring the reasons behind Spain's particularly painful experience of the crisis and, at the same time, are placing the suffering that the crisis is causing in Spain within the context of global developments that are ensuring its durability. Essays by Antonio Muñoz Molina and Lucía Etxebarria, novels by Rafael Chirbes, Luis García Montero, Benjamín Prado, and Belén Gopegui, and poetry by the artists who contributed to the collections titled En legítima defensa. Poetas en tiempos de crisis and Marca(da) España. Retrato poético de una sociedad en crisis point to the necessity of expanding our vision of the crisis from the purely financial to a broader definition that will include the changes the crisis augurs for the areas of human existence that lie outside the strictly economic realm.