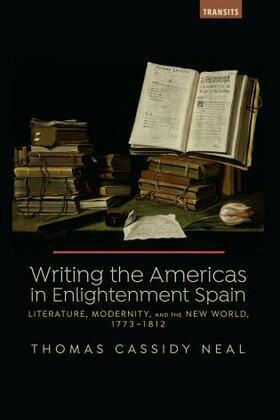 Writing the Americas in Enlightenment Spain

How did literary discourse about empire contribute to discussions about the implications of modernity and progress in eighteenth-century Spain? Writing the Americas seeks to answer this question by examining how novels, plays and short stories imagined and contested core notions about enlightened knowledge. Expanding upon recent transatlantic and postcolonial approaches to Spain's Enlightenment that have focused mostly on historiographical and scientific texts, this book disputes the long-standing perception of the Spanish Enlightenment as an "imitative" movement best defined best by its similarities with French and British contexts. Instead, through readings of major and minor texts by authors such as José Cadalso, Gaspar Melchor Jovellanos, Pedro Montengón and José María Blanco White, Writing the Americas argues that literary texts advanced a unique exploration of the compatibility between supposed universal principles and local histories, one which often diverged noticeably from dominant trends and patterns in Enlightenment thought elsewhere. The authors studied often drew directly from Spain's own imperial experiences to submit prevailing ideas about culture, commerce, education and political organization to scrutiny. Writing the Americas provides a new critical lens through which to reexamine the aesthetic and political content of eighteenth-century Spanish cultural production. While in the past, much of the debate about whether Spanish neoclassicism was "modern" literature has centered on formalistic qualities or romantic notions of "originality" or "subjectivity," ultimately, Writing the Americas locates the modernity of these literary works within the very ideological tensions they display towards the prevailing intellectual trends of the time. The interdisciplinary content and approach of Writing the Americas make it a valuable resource for a broad range of scholars including specialists in eighteenth-century and modern Hispanic literature and culture, colonial Hispanic literature and culture, transatlantic American studies, European Enlightenment studies, and modernity studies.