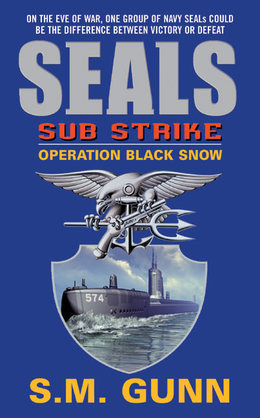 Just as the ground war in Desert Storm begins, the U.S. military must destroy the most deadly weapon in Saddam Hussein's arsenal. An air strike is too risky. An infantry charge is too slow. Next move -- bring in the Navy SEALs! The place itself is meaningless -- a small island in the Persian Gulf. But on the island is a rocket full of anthrax. If it explodes, it is close enough to Kuwait to kill thousands of Kuwaitis and servicemen. If it is launched on a rocket, it is capable of reaching the U.S. military bases in Saudi Arabia. Only one group can destroy the weapon -- the Navy SEALs. Using a secret U.S. submarine, the SEALs understand how dangerous their mission will be. Even if they are able to get past Saddam's Republican Guard to their objective, the objective itself could kill them all. But with thousands of lives and the war itself hanging in the balance, they know there is no room for even the slightest mistake.