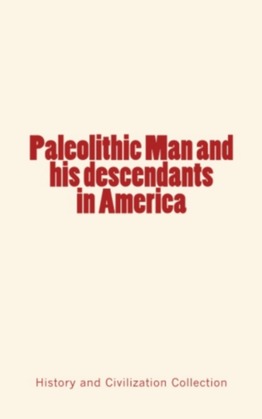 Paleolithic Man and his Descendants in America

p
spanThis book deals with the history of Paleolithic man and his descendants in America. br/"As the centuries rolled by, and the river lessened in bulk, until it but little more than filled its present channel, there still remained along its shores the more cultured descendants of the primitive chipper of pebbles. As a savage, so like the modern Eskimo that he has been held to be the same, this pre-Indian people still wrought the argillite that their ancestors were forced to use for their Paleolithic tools; and as these spear-points are being gathered from the alluvial deposits of the more modern river, I can recall to their accustomed haunts this long-gone people, who, ere they gave place to the fierce Algonkin, were the peaceful tenants of this river's valley. Then, as we gather the beautiful arrow-heads of jasper and quartz, and pick from superficial soils grooved axes, celts, chisels, curiously wrought pipes, strange ornaments, ceremonial objects, and fragments of pottery, literally without number, we marvel at the skill of those who wrought them, and faintly realize how long these comparatively recent comers must have dwelt in this same valley, to have accumulated such an endless store of these imperishable relics. br/We rightly speak of the antiquity of the Indian, but, remote as is his arrival on the Atlantic coast, it is modern indeed, in comparison with the antiquity of man in the same region. We can think of it, and perhaps faintly realize it, as "time relative," but in no wise determine it as "time absolute.".../span
/p
p /p