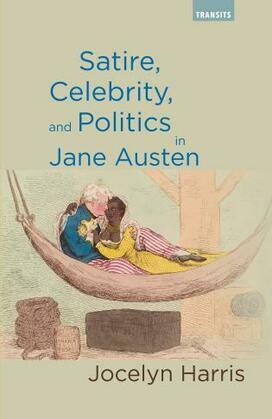 In Satire, Celebrity, and Politics in Jane Austen, Jocelyn Harris argues that Jane Austen was a satirist, a celebrity-watcher, and a keen political observer. In Mansfield Park, she appears to base Fanny Price on Fanny Burney, criticize the royal heir as unfit to rule, and expose Susan Burney’s cruel husband through Mr. Price. In Northanger Abbey, she satirizes the young Prince of Wales as the vulgar John Thorpe; in Persuasion, she attacks both the regent’s failure to retrench, and his dangerous desire to become another Sun King. For Elizabeth Bennet in Pride and Prejudice, Austen may draw on the actress Dorothy Jordan, mistress of the pro-slavery Duke of Clarence, while her West Indian heiress in Sanditon may allude to Sara Baartman, who was exhibited in Paris and London as “The Hottentot Venus,” and adopted as a test case by the abolitionists. Thoroughly researched and elegantly written, this new book by Jocelyn Harris contributes significantly to the growing literature about Austen’s worldiness by presenting a highly particularized web of facts, people, texts, and issues vital to her historical moment.