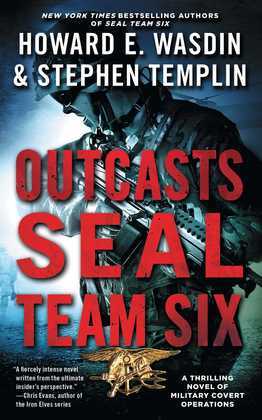 Authors of the ?harrowing? (Time) and ?adrenaline-laced? (The New York Times) insider memoir SEAL Team Six, Howard E. Wasdin and Stephen Templin bring their bestselling talents and hardcore field experience to a riveting novel of a team that covertly defies military code to do what SEALs do best: keep America safe.

They are the Outcasts. Because people don?t want to know what they do. With bin Laden dead and seven al Qaeda members vying to replace him, America requires a team capable of finessing the U.N.?s policies of national sovereignty to take out the would-be terrorist leaders. The quartet of elite SEALs that comprises Tier One, a product of the top-secret Special Op unit Bitter Ash, will eliminate its targets under cover of darkness and with no official support from its government. But hot on the tail of the third target, the Outcasts discover a plot with the U.S. in its crosshairs . . . a threat that will put them to the ultimate test.