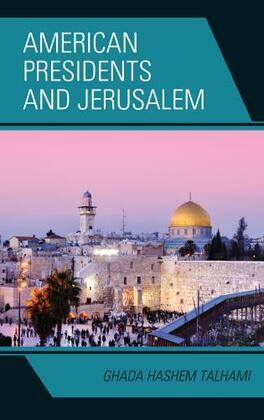 Any casual observer of the Israeli–Palestinian conflict would immediately recognize that the holy city of Jerusalem is the core issue impeding a permanent peace settlement between the two antagonists. The religious symbolism of this city and its centrality to major religious faiths has never faded and has become increasingly vital to various strands of twentieth-century religious nationalisms. The political fate of Jerusalem was inevitably mired in international political struggles of the Cold War, particularly after the United States inherited Britain’s mantle as the ultimate arbiter of regional conflicts and strategic disputes. The asymmetrical balance of military power between Israel and Jordan made superpower intervention both inevitable and unpredictable.

This study examines the policies of twentieth-century US presidents regarding the status of Jerusalem. It traces the evolution of the United States’ embroilment in the politics of Mandatory Palestine, successive wars, and regimes that vied for control over Jerusalem, and tracks the conflicting historical narratives presented by various states in the region. It also takes a detailed look at the role of the American Jewish lobby, which constantly pressured the United States to overlook Israel’s refusal to go back to the lines of June 5, 1967, or to stop creating facts on the ground in East Jerusalem. The role of the oil lobby in seeking the reversal of Israeli annexationist steps in Jerusalem is also analyzed. The failure of several American presidents to broker an Arab–Israeli peace agreement is seen here as the result of the latitude enjoyed by presidential advisers in determining the main contours of American foreign policy in this region and guarding access to the chief executive in times of crisis. Finally, the book is an illustration of the perils of downplaying the human rights abuses of junior client states in order to placate national lobby groups in the Untied States, leading to the entrenchment of the Israeli state not only over Jerusalem, but throughout the West Bank.