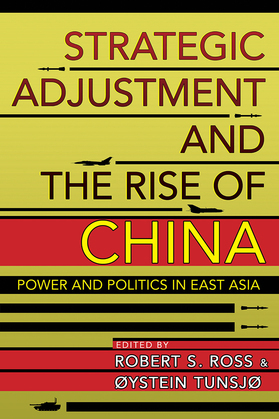 Strategic Adjustment and the Rise of China

Strategic Adjustment and the Rise of China demonstrates how structural and domestic variables influence how East Asian states adjust their strategy in light of the rise of China, including how China manages its own emerging role as a regional great power. The contributors note that the shifting regional balance of power has fueled escalating tensions in East Asia and suggest that adjustment challenges are exacerbated by the politics of policymaking. International and domestic pressures on policymaking are reflected in maritime territorial disputes and in the broader range of regional security issues created by the rise of China.

Adjusting to power shifts and managing a new regional order in the face of inevitable domestic pressure, including nationalism, is a challenging process. Both the United States and China have had to adjust to China's expanded capabilities. China has sought an expanded influence in maritime East Asia; the United States has responded by consolidating its alliances and expanding its naval presence in East Asia. The region's smaller countries have also adjusted to the rise of China. They have sought greater cooperation with China, even as they try to sustain cooperation with the United States. As China continues to rise and challenge the regional security order, the contributors consider whether the region is destined to experience increased conflict and confrontation.