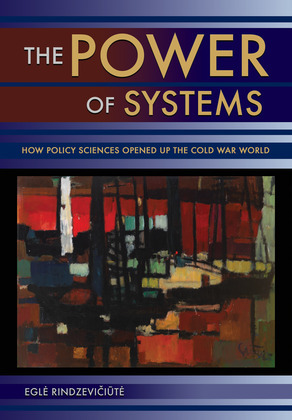 The Power of Systems

In The Power of Systems, Egle Rindzeviciute introduces readers to one of the best-kept secrets of the Cold War: the International Institute of Applied Systems Analysis, an international think tank established by the U.S. and Soviet governments to advance scientific collaboration. From 1972 until the late 1980s IIASA in Austria was one of the very few permanent platforms where policy scientists from both sides of the Cold War divide could work together to articulate and solve world problems. This think tank was a rare zone of freedom, communication, and negotiation, where leading Soviet scientists could try out their innovative ideas, benefit from access to Western literature, and develop social networks, thus paving the way for some of the key science and policy breakthroughs of the twentieth century.

Ambitious diplomatic, scientific, and organizational strategies were employed to make this arena for cooperation work for global change. Under the umbrella of the systems approach, East-West scientists co-produced computer simulations of the long-term world future and the anthropogenic impact on the environment, using global modeling to explore the possible effects of climate change and nuclear winter. Their concern with global issues also became a vehicle for transformation inside the Soviet Union. The book shows how computer modeling, cybernetics, and the systems approach challenged Soviet governance by undermining the linear notions of control on which Soviet governance was based and creating new objects and techniques of government.