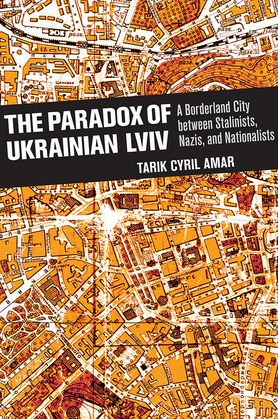 The Paradox of Ukrainian Lviv

In The Paradox of Ukrainian Lviv, Tarik Cyril Amar reveals the local and transnational forces behind the twentieth-century transformation of one of East Central Europe's most important multiethnic borderland cities into a Soviet and Ukrainian urban center. Today, Lviv is the modern metropole of the western part of independent Ukraine and a center and symbol of Ukrainian national identity as well as nationalism. Over the last three centuries it has also been part of the Habsburg Empire, interwar Poland, a World War I Russian occupation regime, the Nazi Generalgouvernement, and, until 1991, the Soviet Union.

Lviv's twentieth-century history was marked by great violence, massive population changes, and fundamental transformation. Under Habsburg and Polish rule up to World War II, Lviv was a predominantly Polish city as well as one of the major centers of European Jewish life. Immediately after World War II, Lviv underwent rapid Soviet modernization, bringing further extensive change. Over the postwar period, the city became preponderantly Ukrainian—ethnically, linguistically, and in terms of its residents’ self-perception. Against this background, Amar explains a striking paradox: Soviet rule, which came to Lviv in its most ruthless Stalinist shape and lasted for half a century, left behind the most Ukrainian version of the city in history. In reconstructing this dramatic and profound change, Amar also illuminates the historical background to present-day identities and tensions within Ukraine.