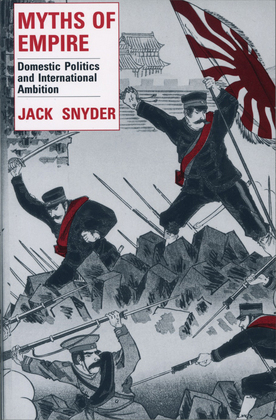 Overextension is the common pitfall of empires. Why does it occur? What are the forces that cause the great powers of the industrial era to pursue aggressive foreign policies? Jack Snyder identifies recurrent myths of empire, describes the varieties of overextension to which they lead, and criticizes the traditional explanations offered by historians and political scientists.

He tests three competing theories—realism, misperception, and domestic coalition politics—against five detailed case studies: early twentieth-century Germany, Japan in the interwar period, Great Britain in the Victorian era, the Soviet Union after World War II, and the United States during the Cold War. The resulting insights run counter to much that has been written about these apparently familiar instances of empire building.