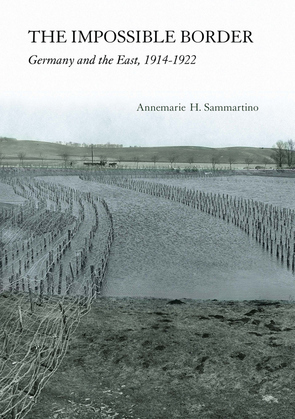 Between 1914 and 1922, millions of Europeans left their homes as a result of war, postwar settlements, and revolution. After 1918, the immense movement of people across Germany's eastern border posed a sharp challenge to the new Weimar Republic. Ethnic Germans flooded over the border from the new Polish state, Russian émigrés poured into the German capital, and East European Jews sought protection in Germany from the upheaval in their homelands. Nor was the movement in one direction only: German Freikorps sought to found a soldiers' colony in Latvia, and a group of German socialists planned to settle in a Soviet factory town.

In The Impossible Border, Annemarie H. Sammartino explores these waves of migration and their consequences for Germany. Migration became a flashpoint for such controversies as the relative importance of ethnic and cultural belonging, the interaction of nationalism and political ideologies, and whether or not Germany could serve as a place of refuge for those seeking asylum. Sammartino shows the significance of migration for understanding the difficulties confronting the Weimar Republic and the growing appeal of political extremism.

Sammartino demonstrates that the moderation of the state in confronting migration was not merely by default, but also by design. However, the ability of a republican nation-state to control its borders became a barometer for its overall success or failure. Meanwhile, debates about migration were a forum for political extremists to develop increasingly radical understandings of the relationship between the state, its citizens, and its frontiers. The widespread conviction that the democratic republic could not control its "impossible" Eastern borders fostered the ideologies of those on the radical right who sought to resolve the issue by force and for all time.