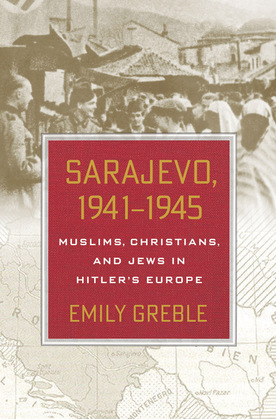 On April 15, 1941, Sarajevo fell to Germany's 16th Motorized Infantry Division. The city, along with the rest of Bosnia, was incorporated into the Independent State of Croatia, one of the most brutal of Nazi satellite states run by the ultranationalist Croat Ustasha regime. The occupation posed an extraordinary set of challenges to Sarajevo's famously cosmopolitan culture and its civic consciousness; these challenges included humanitarian and political crises and tensions of national identity. As detailed for the first time in Emily Greble's book, the city's complex mosaic of confessions (Catholic, Orthodox, Muslim, Jewish) and ethnicities (Croat, Serb, Jew, Bosnian Muslim, Roma, and various other national minorities) began to fracture under the Ustasha regime's violent assault on "Serbs, Jews, and Roma"-contested categories of identity in this multiconfessional space-tearing at the city's most basic traditions. Nor was there unanimity within the various ethnic and confessional groups: some Catholic Croats detested the Ustasha regime while others rode to power within it; Muslims quarreled about how best to position themselves for the postwar world, and some cast their lot with Hitler and joined the ill-fated Muslim Waffen SS.

In time, these centripetal forces were complicated by the Yugoslav civil war, a multisided civil conflict fought among Communist Partisans, Chetniks (Serb nationalists), Ustashas, and a host of other smaller groups. The absence of military conflict in Sarajevo allows Greble to explore the different sides of civil conflict, shedding light on the ways that humanitarian crises contributed to civil tensions and the ways that marginalized groups sought political power within the shifting political system. There is much drama in these pages: In the late days of the war, the Ustasha leaders, realizing that their game was up, turned the city into a slaughterhouse before fleeing abroad. The arrival of the Communist Partisans in April 1945 ushered in a new revolutionary era, one met with caution by the townspeople. Greble tells this complex story with remarkable clarity. Throughout, she emphasizes the measures that the city's leaders took to preserve against staggering odds the cultural and religious pluralism that had long enabled the city's diverse populations to thrive together.