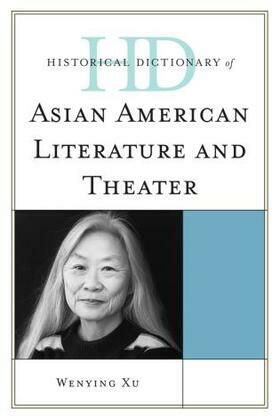 Asian American literature is one of the most recent forms of ethnic literature and is already becoming one of the most prominent, given the large number of writers, the growing ethnic population from the region, the general receptivity of this body of work, and the quality of the authors. In recent decades, there has been an exponential growth in their output and much Asian American literature has now achieved new levels of popular success and critical acclaim. Nurtured by rich and long literary traditions from the vast continent of Asia, this literature is poised between the ancient and the modern, between the East and West, and between the oral and the written.

The Historical Dictionary of Asian American Literature and Theater covers the activities in this burgeoning field. First, its history is traced year by year from 1887 to the present, in a chronology, and the introduction provides a good overview. The most important section is the dictionary, with over 600 substantial and cross-referenced entries on authors, books, and genres as well as more general ones describing the historical background, cultural features, techniques and major theatres and clubs. More reading can be found through an extensive bibliography with general works and those on specific authors. The book is thus a good place to get started, or to expanded one’s horizons, about a branch of American literature that can only grow in importance.