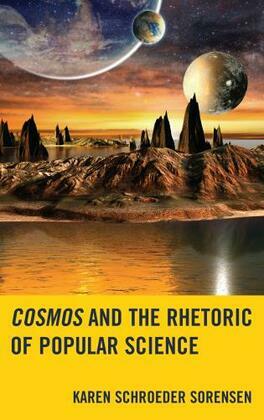 Cosmos and the Rhetoric of Popular Science

Carl Sagan’s Cosmos inspires audiences to look at the universe with new eyes and to appreciate humanity’s importance in it. Sagan’s deft use of rhetorical strategy creates an experience that pushes beyond the limits of a mere “educational” program to reveal a mythic adventure. Although Sagan contributed much to the field of science as well as to public understanding of it, Cosmos remains his signature brand. Cosmos and the Rhetoric of Popular Science builds on Thomas M. Lessl’s observations regarding Cosmos’ connection to the mythic and science fiction. It delves deeply into Sagan’s rhetorical construction of the program in order to understand what elements contributed to its mythos.