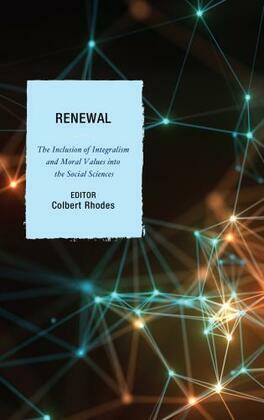 Offering a deep look into the moral uncertainty in the contemporary social sciences and American society, this book explores an in-depth solution. This solution, as articulated by Pitirim A. Sorokin in the 20th century, is the theory of Integralism; a perspective dating back to Plato, Aristotle and Aquinas. Sorokin initially applied Integralism by locating and analyzing three dominant super socio-cultural systems over 2500 years of Graeco-Roman and Western history. Each super system was unified by a central philosophical principle based either on materialism (the senses), or the rational, or the supersensory/super-rational. A super system declines when it reaches the limits of its potential to achieve its true reality and value, to be replaced by another super system. Sorokin described a trendless rotation of the three super socio-cultural systems.

The current dominant super socio-cultural system in the West is a materialist version emphasizing science and technology with little thought given to supersensory/super-rational reality. Sorokin asserted contemporary materialist culture was in a state of collapse due to the breakup of its moral values. As a consequence he saw a struggle for power occurring between egoistic individuals and groups often resulting in revolutions, wars and inter-human strife. In response to the one sided materialist view of reality the goal of Integralism is to unify all three forms of reality into an integral culture that harmoniously balances materialist and supersensory/super-rational orientations.

A solution to the contemporary moral confusion, Sorokin argued, can be found in the application of supra-conscious intuition that would enable a human to know what is eternal in the ordinary and reach the transcendent; an experience not accessible to the senses or the rational intellect alone. The supra-conscious is the source for reaching the supreme moral value; creative unselfish altruism which can be shared by all cultures to produce peace and harmony in the world.