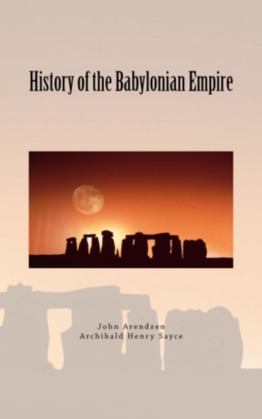 History of the Babylonian Empire

p
spanBabylon is considered as the third great empire of the history after Egypt and Assyria... br/The territory of Babylon lies diagonally from northwest to southeast, between 30° and 33° N. lat., and 44° and 48° E. long., or from the present city of Bagdad to the Persian Gulf, from the slopes of Khuzistan on the east to the Arabian Desert on the west, and is substantially contained between the Rivers Euphrates and Tigris, though, to the west a narrow strip of cultivation on the right bank of the Euphrates must be added. Its total length is some 300 miles, its greatest width about 125 miles; about 23,000 square miles in all, or the size of Holland and Belgium together. br/ br/- The early History of Babylon : br/At the dawn of history in the middle of the fifth millennium before Christ we find in the Euphrates Valley a number of city-states, or rather city-monarchies, in rivalry with one another and in such a condition of culture and progress, that this valley has been called the cradle of civilization, not only of the Semitic world, but most likely also of Egypt. The people dwelling in this valley were certainly not all of one race; they differed in type and language. br/The primitive inhabitants were probably of Mongolian ancestry, they are styled Sumerians, or inhabitants of Sumer, Sungir, Sennaar. They invented the cuneiform script, built the oldest cities, and brought the country to a great height of peaceful prosperity.../span
/p
p /p