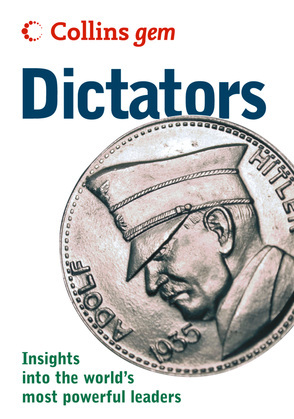 Revolutionaries, despots and tyrants – over 40 of the most totalitarian leaders in the world.

This ebook has been made from the 2007 edition.

Want to know which dictator ruled the longest, who added his own name to his country’s national anthem, who killed his own mother, who, it is estimated, was responsible for killing about a tenth of the global population? Read about revolutions and wars; family politics and betrayals.

This book covers 40 dictators throughout history, including a brief outline of how they came to and left power, their personality, abilities and achievements, and a historical perspective on how their rule affected their country and people.

Dictators included are, amongst others: Peter I of Russia, Lenin, Mussolini, Stalin, Franco, Pol Pot, Castro, and Juan Peron.

This book aims to answer questions such as: How do you become a dictator? Why does it happen? What sort of person becomes a dictator? It also explains the legacy of each dictator.

Includes: Top ten tips for tyrants, famous quotes from or about the leaders, and interesting facts about each dictator that you probably didn’t know.