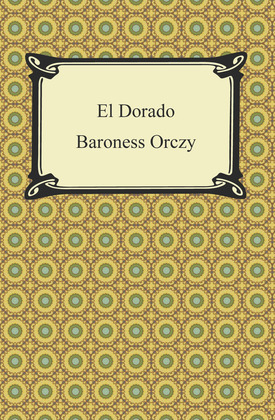 by Baroness Orczy (Author)
Fiction
EPUB
unlimited loans, One at a time
Details

Baroness Emmuska Orczy (1865-1947) was a British novelist, playwright and artist whose noble Hungarian origins afforded her an idyllic childhood and extensive education in the arts at schools in Brussels, Paris and London. In 1903, with the success of a play written by Orczy and her husband based on one of her short stories about an English aristocrat, Orczy rewrote the story as a novel that drew huge sales. As a result, "The Scarlet Pimpernel" cemented Orczy's name in the literary world, and led to over a dozen sequels and countless television, film and musical reproductions. "El Dorado", published in 1913, introduces several new names to the original cast of characters, and is noted as being the partial basis for most film adaptations of the original book. Sir Percy Blakeney, his wife Marguerite and her brother Armand St. Just meet the adventurous Baron de Batz in this captivating tale of deception, intrigue and revolution.