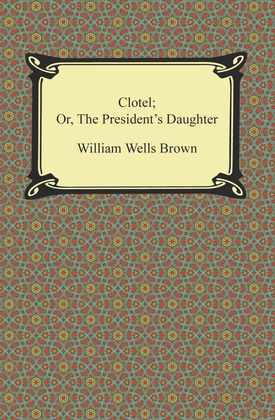 Clotel; Or, The President's Daughter

William Wells Brown (1814-1884) is credited with being the first African American novelist. His 1853 work "Clotel; Or, The President's Daughter" is a groundbreaking piece of American fiction. The long untouched subject matter of mixed race identity during the antebellum South is here treated with great craft and bravery. William Wells Brown confronts the hypocrisy of slavery, examining the detrimental effects it has on society. Even more direct is Brown's confrontation of Thomas Jefferson's controversial intimacy with his slaves—a relationship which bore many mixed race children. In "Clotel", we follow the story of Clotel, a mixed-race daughter of Thomas Jefferson. The novel introduces the "tragic-mulatto" archetype into American fiction. With a split identity, this ill-fated soul is ruined by a racially divided society. Clotel wrestles with this existence as a mixed slave; as she vies for freedom we witness her struggle through life. This deft novel examines race relations in a troubled early America.