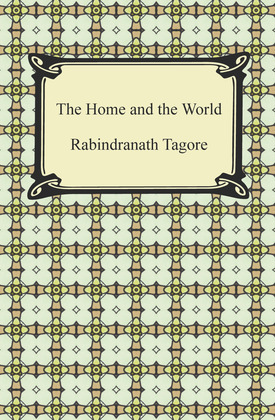 The Home and the World

by Rabindranath Tagore (Author)
Fiction
EPUB
unlimited loans, One at a time
Details

Rabindranath Tagore (1861-1941), the first non-European to receive the Nobel Prize for Literature (1913), was a Bengali poet, novelist, musician, painter and playwright. Tagore modernized Bengali art and literature by rejecting classical forms, and produced strongly poetic and spiritual works. He spoke largely to political and personal topics as he rejected the British Raj and supported independence. His 1916 novel, "The Home and the World", illustrates a multitude of conflicts between tradition and the modern world, religion and nationalism, and the struggle Tagore felt within himself. The novel centers on the Swadeshi movement, and warns characters against the danger of such a movement becoming violent. Sandip, the spirited leader of the movement who strives for freedom at any cost, meets the passive, non-violent Nikhil and his young, unsuspecting wife, Bimala. A love triangle ensues amidst the turmoil of a revolution that may do the country more harm than good.