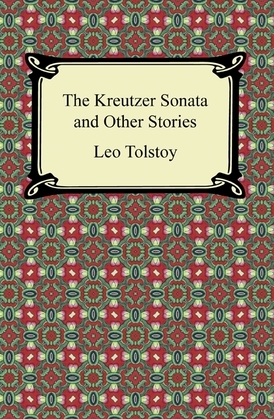 The Kreutzer Sonata and Other Stories

Most known for "War and Peace" and "Anna Karenina," considered two of the greatest novels in world literature, Leo Tolstoy (1828-1910) also penned numerous novellas and short stories which remain valuable classics in their own regards. "The Kreutzer Sonata and Other Stories" collects six of Tolstoy's finest short stories into one edition. In "How Much Land Does a Man Need?," Tolstoy explores this very question through the story of a peasant with an increasing appetite for land—an appetite which becomes his ruin. "The Death of Ivan Ilyich," one of Tolstoy's short masterpieces, tells of the early death of a high-court judge in 19th century Russian. "Family Happiness" explores the female identity within changing romantic relationships. Narrated in first person by the female protagonist Masha, the tale is a skilled and engrossing story of woman's difficult position in a shifting society. "The Kreutzer Sonata" is an intense tale of love, marriage, sex, and jealousy. Initially banned by the Russian censors, the novella has inspired many films, theater productions, and paintings. In "The Devil," two brothers struggle with a new inheritance riddled with debts when sudden romance and lust threaten to turn his world upside down. Lastly, "Father Sergius" tells of a young aristocrat who, upon discovery of his fiancé's infidelity, retreats into the life of a monastic Orthodox Christian, though this radically new life proves to be difficult.