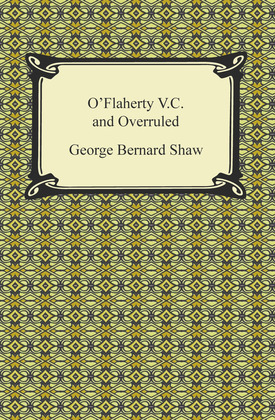 George Bernard Shaw (1856-1950) is revered as one of the great British dramatists, credited not only with memorable works, but the revival of the then-suffering English theatre. Shaw was born in Dublin, Ireland, left mostly to his own devices after his mother ran off to London to pursue a musical career. He educated himself for the most part, and eventually worked for a real estate agent. This experience founded in him a concern for social injustices, seeing poverty and general unfairness afoot, and would go on to address this in many of his works. In 1876, Shaw joined his mother in London where he would finally attain literary success. He used the stage to deliver messages to his audiences in the hope of bettering society. Shaw's vision was not just to reconcile issues within his society, but to encourage mankind to strive for a sort of perfection close to divinity. He did not ask questions about the present, but envisioned an alternate reality altogether. Contained in this volume are two of Shaw's lesser known works: "O'Flaherty V. C." and "Overruled".