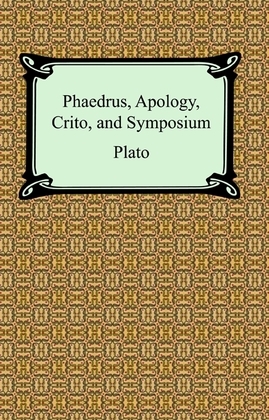 "Phaedrus, Apology, Crito, and Symposium": four works of the great ancient Greek philosopher Plato are brought together here in this volume. The Phaedrus is closely connected with the Symposium, and may be regarded either as introducing or following it. The two Dialogues together contain the whole philosophy of Plato on the nature of love. In the Apology we hear the response that Socrates gives in defense at his trial. And in Crito we have a dialogue between Crito and Socrates in Socrates' prison cell prior to his execution where Crito tells Socrates that he has made arrangements to smuggle Socrates into exile and tries to convince Socrates to escape. Together these works give the student of ancient philosophy an insight into the philosophies of Socrates and his pupil Plato. Presented in this volume are the classic introductions and translations of Benjamin Jowett.