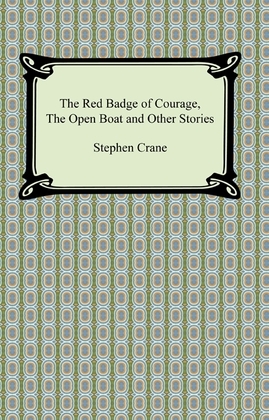 The Red Badge of Courage, The Open Boat and Other Stories

American writer Stephen Crane is best known for his classic depiction of the American Civil War in his novel "The Red Badge of Courage". It is the story of a 19-year-old boy named Henry Fleming who struggles to overcome his fear in battle. "The Red Badge of Courage" is widely regarded for its realistic depiction of a young man in battle and of the true meaning of courage. In addition to this classic novel several other of Crane's more popular shorter works have been added. These stories include the following: "The Veteran", "The Open Boat", "The Bride comes to Yellow Sky", "The Blue Hotel", "A Self-Made Man", "A Mystery of Heroism", "A Gray Sleeve", "Three Miraculous Soldiers", "The Little Regiment", "An Indiana Campaign", and "An Episode of War".