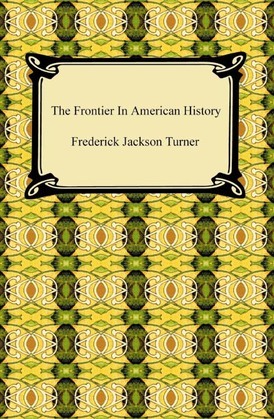 The Frontier in American History

Frederick Jackson Turner (1861-1932) presented an essay at the World's Fair in Chicago in 1893 that would change the study of American History forever. This essay would ultimately be published with twelve supporting articles to form "The Frontier in American History". Turner was an innovator in that he was one of the first to call attention to the Frontier as an integral part of the study of The United States of America. Turner himself grew up on the Frontier, living in Wisconsin for the better part of his life. As a child, he lived along the Wisconsin River in Portage, Wisconsin, named for its use as a portage route by American Indians. Turner was consumed by his interest in history his entire life, garnering many degrees in history, both earned and honorary. Shortly after his death, Turner was posthumously awarded a Pulitzer Prize for a collection of essays, a latter volume of work on his study of American History, "The Significance of Sections in American History".