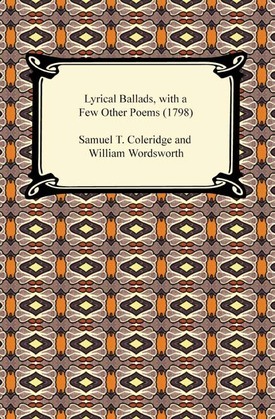 This is the first edition of "Lyrical Ballads," published in 1798, written by the English poets William Wordsworth and Samuel Taylor. The collection is generally considered to have marked the beginning of the English romantic movement, and despite negative critical reception at first, subsequent editions were produced and the book has remained a staple in poetry and British literature studies for over two centuries. Wordsworth and Taylor sought to bring poetry to the average person by writing in vernacular language on subjects that are universally relevant. The majority of the poems in this edition were written by Wordsworth, including "Lines Written in Early Spring," "Lines written near Richmond, upon the Thames, at Evening," and "The Convict," which was omitted from subsequent editions. Coleridge's contributions, though less popular at the time because of macabre or supernatural nature, include his now famous "The Rime of the Ancyent Marinere," and "Lines written a few miles above Tintern Abbey."