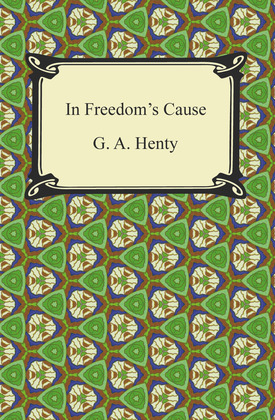 by G. A. Henty (Author)
Fiction
EPUB
Unlimited loans, One at a time
Details

George Alfred Henty (1832-1902) was an English novelist, war correspondent and imperialist who wrote 122 books, mostly for children. As a young man, Henty volunteered for the Army Hospital Commissariat in the Crimean War. In letters to his father, he wrote vivid descriptions of the appalling conditions for British soldiers, which his father sent to be published in the newspaper. This led to his post as a Special Correspondent, and he proceeded to report on wars and rebellions all over the world. His storytelling skills, he claimed, stemmed from entertaining his children after dinner, and his brave, intelligent, honest, resourceful characters are beloved amongst readers as much today as they were over a century ago. One such protagonist, Sir Archie Forbes, fights for the oppressed Scots against England in the book, "In Freedom's Cause". This riveting and beautifully written story is told from the fictional soldier's point of view as he fights alongside such legendary men as William Wallace and Robert Bruce.